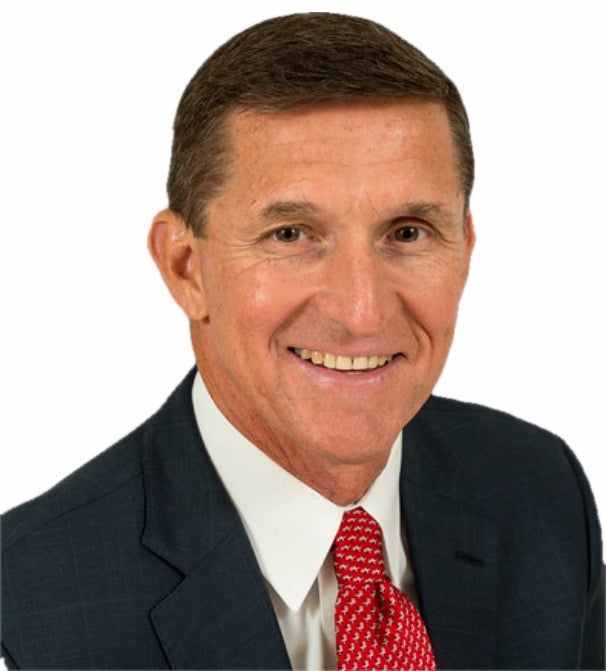 LIEUTENANT GENERAL (RETIRED) MICHAEL T FLYNN is a retired Army general with over 33 years of service in the United States military (including assignments at Fort Bragg) and Chairman of America’s Future, a 501c3 Nonprofit.

His military career culminated as the Director of the Defense Intelligence Agency (DIA) and as the nation’s highest serving military intelligence officer.

After retiring from the Army in 2014 and as a private citizen, General Flynn went on to serve in a variety of business, educational, and non-profit roles, to include supporting veterans’ organizations around the country, something he continues to do today.

His public service included selection and service as a foreign policy advisor to several Republican U.S. presidential candidates (2016) and subsequent appointment and service as the National Security Advisor to the 45th President of the United States of America.

General Flynn is a National bestselling author, holds three master’s degrees, and is recipient of numerous military, intelligence and law enforcement awards.
He is married with two sons and has several grandchildren.