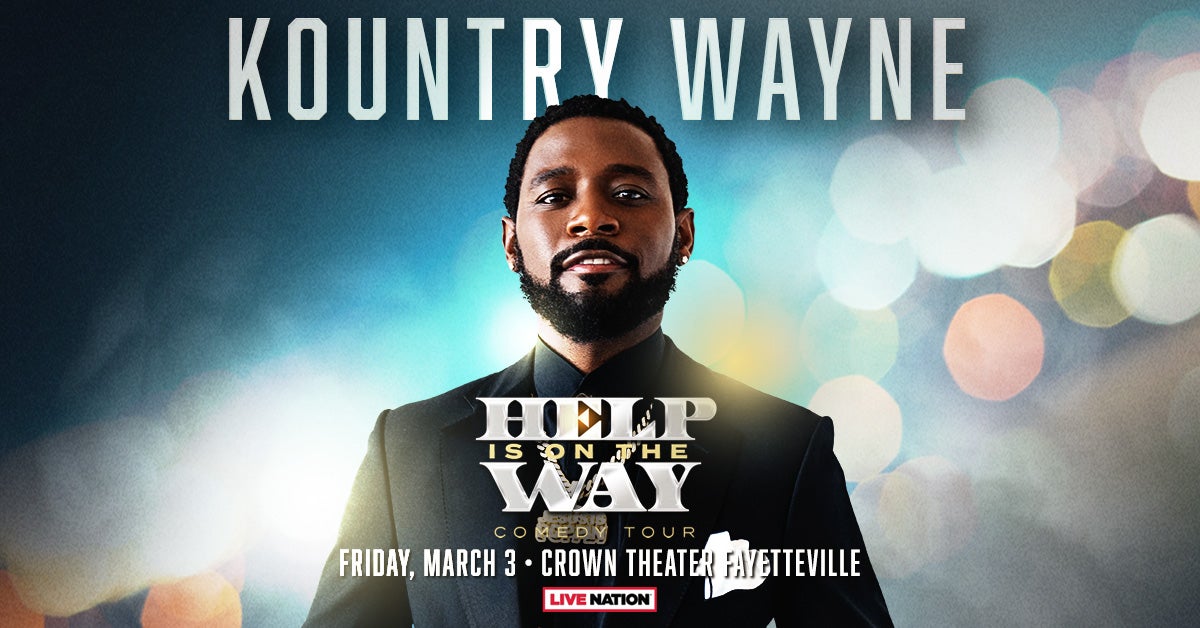 Kountry Wayne (a.k.a. Wayne Colley) will be headed to the Crown Theatre as a part of his HELP IS ON THE WAY Comedy Tour, produced by Live Nation. The HELP IS ON THE WAY Comedy Tour marks Wayne’s return to the stage following his STRAIGHT OUT THE MUD Spring 2022 tour, where the charismatic comic performed to sold-out crowds in theaters across the U.S., including the historic Palace Theatre in Los Angeles as part of the Netflix is a Joke Festival. Since his first Facebook post went viral in 2014, Wayne’s career continues to climb, while garnering a loyal fan base. His widely popular digital sketches draw in millions of viewers daily across Facebook, TikTok, Instagram and YouTube channel, featuring original characters written by Wayne and cameos from notable celebrities including Ludacris, Mike Epps, Charlamagne tha God and Lamar Odom, to name a few. You won't want to miss this hilarious show!