Few places in America have played such a formative role in our country’s most defining moments as Fayetteville, NC. From its original settlement in 1739 by Scottish immigrants through the deployment of troops to Afghanistan and Iraq today, it is here the very seeds of American freedom, democracy and patriotism were planted and continue to grow.

Out of the dozens of U.S. cities and counties named after the Revolutionary War hero Marquis de Lafayette, Fayetteville, NC was the first, and it is told, the only one he actually visited. Forty-two years after its founding in 1783, Lafayette traveled to Fayetteville in a horse-drawn carriage and was welcomed by residents. (The very same carriage in which he arrived is on display at the Fayetteville Independent Light Infantry Armory & Museum.)

Fayetteville’s original settlers were from the highlands of Scotland and arrived in 1739 via the Cape Fear River. The area grew as a center of government and commerce because of its location as an inland port and the hub of the early “Plank Roads” system, key to overland travel from the 1840s to 1850s.

The Fayetteville area has played key roles during defining moments in America’s history. The Liberty Point Resolve of 1775 pledged local support for the Revolutionary War cause for independence from England while Scottish heroine Flora MacDonald rallied for the loyalist cause. After the Revolution, with no permanent state capital, the North Carolina legislature periodically met here. In 1789, at a meeting in Fayetteville, the legislature ratified the U.S. Constitution and chartered the University of North Carolina, America’s oldest state university.

Fayetteville citizens joined together to rebuild their city after two separate calamities. The first was the Great Fire of 1831 that destroyed over 600 buildings. However, the ensuing reconstruction resulted in many of the landmark structures that we appreciate today. The second occurred during the Civil War when the city found itself in the path of General Sherman’s Union troops. They wreaked destruction upon the town and burned the N.C. Arsenal, a manufacturing facility for weapons and ammunitions for the Confederacy. Once again, Fayetteville rose to the challenge to repair the damages to their city and spirit.

Known throughout its history for its cultural diversity and military presence, today the Fayetteville area stands testament to its proud past. 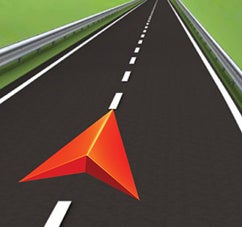 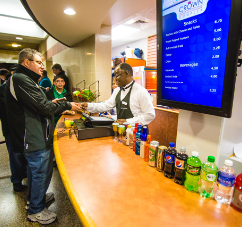 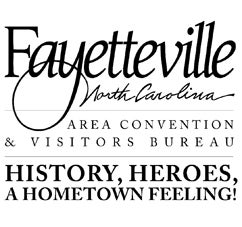